Stealing in toddlers and older children

Home/Articles/Stealing in toddlers and older children

Stealing in toddlers and older children 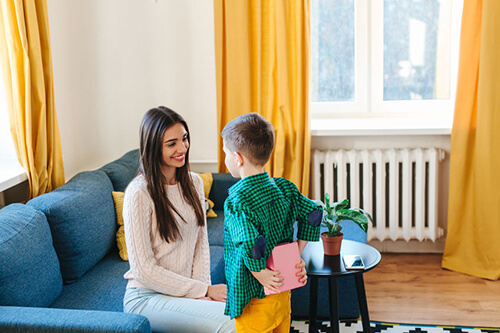 Till the age of 4 years, if a child brings home anything that doesn’t belong to him, it’s not with the intent of stealing it. That is because they are too young to understand the concept of stealing. He basically wanted something, found it with another playmate, and simply brought it home to play with. That’s it. Do not get anxious. And most definitely do not punish your child at such a young age, for something that he doesn’t understand. Instead, talk to him about how it is not the right thing to bring home another child’s things. You might also want the child to think about what would happen if another child took home his toys. This situation will make him understand how precious something maybe for its rightful owner. And stop him from carrying other people’s things at home.

By the age of six, children know that they are not supposed to take things that belong to others. They are aware of the incorrectness of this behavior and yet may indulge in it. It is fairly easy to forgive a younger child who brings home something that does not belong to him because of their age and not having enough maturity for their actions. But stealing from children who understand what they are doing may have many reasons depending on their age and situation.

Lying and stealing are behaviors that can be easily brought under control by certain measures. Be involved with your child and his and her activities. Don’t be overpowering while monitoring them. Keep your communication lines open. Try and be your child’s friend more than anything else. When your child does lie, be sensitive and understanding and at the same time do let them know that they have done the wrong thing. Through practice, allow your child to see that lying or stealing is not required.

Top Questions on Stealing in toddlers and older children