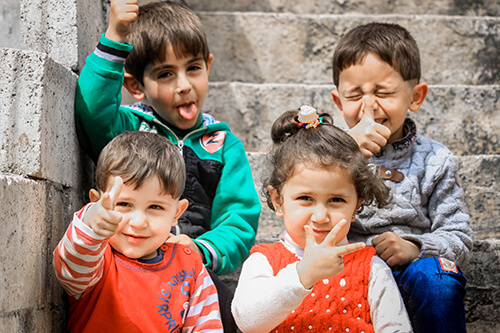 My two children Mahira and Rohan, aged 11 and 9 got into a terrible fight about something and all hell broke loose. I did not interfere for some time hoping that they would sort it out between themselves, but when that did not happen I entered the room and this is what I tried.

I sat them down in two chairs facing each other, but far enough apart they couldn’t reach each other.

I addressed them one by one and gave them the simplest of instructions. First I told Mahira -“You may leave your chairs when you give each other permission to do so. You may not get up until your brother permits you and he cannot get up until you permit him.” (Then I repeated the same thing to Rohan.) “When you are both ready to grant permission to each other, then you can get up. Take your time but do not expect me to be around to tell you what to do beyond this” Rohan disagreed with the rules set by me. But I made it clear that I was not going to be deterred and they were going to have to go through this as I wanted. Rohan’s look changed from defiant to irritated, to one of submission and he quietly went and sat on his chair.

What is likely to happen?

First, the kids are likely to display loud behavior and may resort to calling each other names. This is their anger showing up (at having to sort it out on their own!) A lot of times this kind of behavior is also intended to pull you back into the room. So the right thing for you to do is to stay out of listening distance

Once the kids realize that it is now up to them to sort this out-they will most surely arrive at a solution. They may argue about it for some time (each trying to push his ideas in and sometimes taking over half an hour to arrive at a compromise) but will reach a compromise because that is the only way out of the situation. It may not be the solution you had in mind but you must honor the children’s solution because they will.

The beauty of this technique is that it helps children understand that they are responsible for their actions and for the decisions (solutions) that they make. Problem-solving is a learned skill –it helps children learn through experience. And this kind of learning stays with them through life.