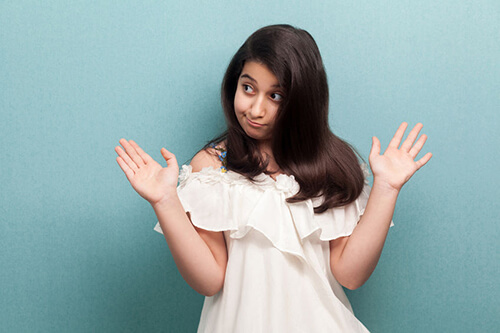 Seema is 10 years old and she is a compulsive liar. She stole 100 rupees from her mother’s purse while she was sleeping. She lied to her parents that she had found this money lying on the road. She refuses to admit that she stole the money from her mother’s purse. We later realized that she had stolen the money to be able to spend it on the weekend when she went to the mall with her parents. She knew that her parents always allowed her a certain amount of money to spend in the entertainment zone and on snacks at the mall and found it insufficient. So she stole to make up the difference. In their wisdom, her parents took her to the mall that weekend and let her spend the money.

There are multiple problems in this situation-first there is no communication between the parents and the child because if there was, Seema would have told her parents that she felt the money to be insufficient and they could have arrived at a solution. In addition, through conversation, the parents would have found out that their money was stolen.

Secondly, when Seema said she found the money and wanted to spend it at the Mall, this should have been disallowed. Even if they assumed that it was indeed found on the road, they should have encouraged Seema to donate at the local religious place. This way Seema would have understood that the boundaries of her spending were fixed and would also have gotten discouraged from stealing when she needed the money.

Her parents should have sat Seema down and spoken to her about how lying and stealing breaks love and faith in the family. Such behavior can also be of huge consequence when she grows up.