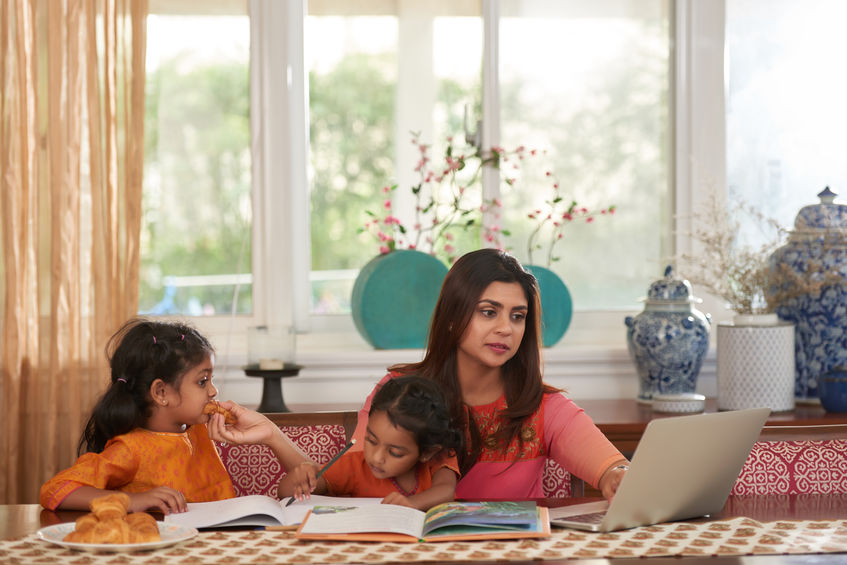 Malati had a great career as a computer analyst before she had her baby. She used to work long hours and her job was very tiring and consuming. After her delivery, even though she wanted to work, she was not comfortable leaving the child to someone else. “Knowing myself, I would never be able to work. I would have been one of those mothers who call up home 20 times because of anxiety and pass on the anxiety to my child and the entire family” she would say. However, Malati was also sure that she was not cut out to be a full-time stay at home mother. So she resumed her job leaving the child with a carefully chosen nanny to take care of. She did everything right-the nannies were interviewed and one was carefully chosen, “to-do” lists were drawn up, all instructions were given, etc. But despite all this, Malati did exactly what she had feared most. She called up home 20 times during the day to check on what was happening. The result-the nanny felt harassed and left the job. Five nannies later, Malati realized that this was not going to work and she would have to make a decision. Either she would have to lay trust in the caretaker of her child or she would have to give up her job. Since she wanted a career and did not want to be a stay at home mom, she decided to be less paranoid about what was happening at home. She learned to let go and she was much more relaxed when she got back home as a result of the letting-go attitude she developed. And because she was more relaxed, she was able to spend quality time with her child instead of worrying about everything that had happened during the day.

Her close friend Sujata, who was in the same situation and of the same temperament, chose another solution. She was able to convert her job to that of a freelance consultant and began working from home. She now puts in hours that are comfortable for her. She mostly works when the child is at school or is sleeping. She has delegated all her household chores to domestic help.

So 2 people with similar issues choose different methods of arriving at a solution-both of which were workable.