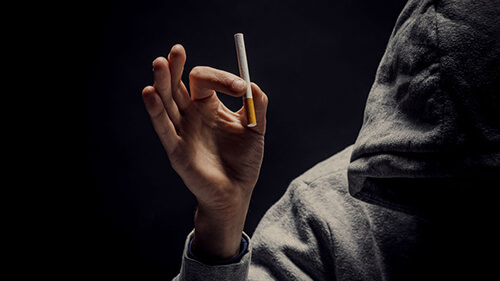 My 18-year-old son became a drug addict in a hostel. How I discovered his addiction and helped him overcome it?

Manas, my 18-year-old son left home for higher education. The plan was that he would stay in a professional college hostel for 2 years to complete his education. He came home very happily on the first two vacations. Thereafter he started making excuses that he had to finish his project work and that there was too much pressure and he had to study through the vacations. He even told us that many other boys were staying back to complete their projects. When this went on for 2 semesters in a row, I picked up the phone with the academic coordinator to ask him about the children’s progress (I did not want to alarm him or tell him of my problem). I discovered that Manas had been doing well initially but had now become an average student. And that there was no project work submission pending from his side! Only then did I realize that he was avoiding coming home.

Not wanting to create a scene at the college, I insisted that he come and see us on the next vacation, and he turned up albeit grudgingly. I found that an otherwise neat and tidy Manas had become unkempt and untidy in his appearance. And then I realized that he looked for every opportunity to be out of the house. He even received some phone calls from boys whose names I had never heard before. Then one day when Manas came back from meeting his friends, I told him I needed to speak to him and we would talk the following day (I wanted to give him time to be ready for what I was about to say). I tried to talk to him about what I had noticed and to my surprise, my 18-year-old boy broke into tears and sobbed like a little baby. He told me that he had “tried” drugs in the hostel because it was “cool and manly” to do so and had fallen prey to the habit. And that’s why he was avoiding coming home (he had a steady supply of drugs from friends at the hostel) I told him not to worry and assured him that we would work it out. I am glad that I was alert enough to discover the change in behavior in good time. We saw a counselor together and he seemed to be a bit more stable after a few sessions. I moved him out of the hostel to a paying guest accommodation where he would be supervised and couldn’t indulge in out-of-line behavior. It has been a traumatic journey back to normalcy for both of us-but I am glad to say that Manas is now free from drug addiction.